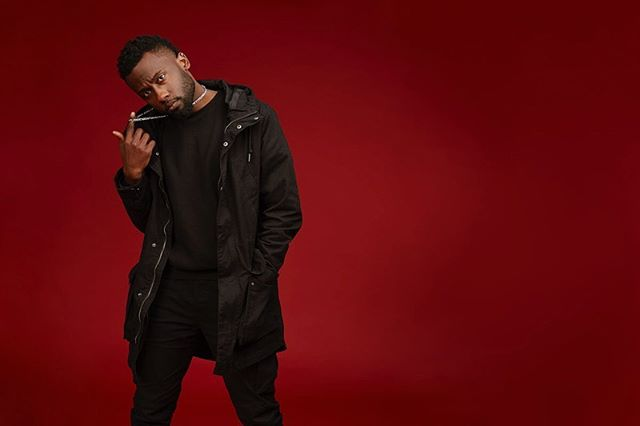 We are going to do a detailed walk through of the backgrounds, lighting, and camera settings for six creative portraits recently shot by Connor Hibbs.

Camera Settings For All Images

Shutter on the camera was 1/125 for shutter, set just under the max sync speed (the maximum shutter speed before you get black bars on your image) which for Connor’s Canon 6D is 1/180 of a second. Connor shoots at 1/125 shutter for all of his studio portrait work.

Aperture on the camera was f/8. Connor starts off at f/8 for all of his studio portraits. F/8 is a value kind of in the middle of the aperture for most lenses where the image quality is best and this gives him a little control over how to balance the output from the lights by stopping down (increasing the f-stop to f/11, or f/16) or opening up (decreasing the f-stop to f/5.6 or f/4.0) the aperture.

Note: When using flash, aperture settings on the camera controls the power of the flash while shutter speed settings on the camera controls the ambient light. If you want more or less of one or the other you change the setting that controls it. ISO changes the light of both in the image and can be increased from 100 to something higher like 200, 400, or maybe 800 when using battery powered flash to decrease the cycle time (the amount of time the flash has to wait to be ready).

Creative Portraits One and Two

Connor did an exchange with a local photographer for this shoot. These are the images he shot of that photographer and then the photographer also took shots of Connor. They were done in the studio of the other photographer, so it was a space Connor didn’t know with backgrounds and lights that weren’t his.

The wardrobe in these two photos has a lot do with why this photo is so unique and compelling. The vision for the photos was to have an earthy tone to them. This led to choosing a tan colored background, the oriental rug, and the wardrobe that all tie in so well together. Then there is the scarf that really brings this image to another level.

The lighting also takes the quality of this creative photo to a higher level with the transition from highlights to shadows being so gradual and the shadows defining the face. This was roughly the lighting setup

Two light sources. Key (the main and brightest) light camera left with a 38″ Glow ParaPop 38″ Portable Softbox for Bowens round modifier. To get the light on his feet it was set back further than Connor normally does that, about 4 feet from the model. The middle of the modifier was set about a foot above the eyes of the model – tilted down toward the model. A reflector was camera right to put a little bit of fill light on the shadows and make them not drop off to complete black.

Connor wanted a similar look with this one. Wanted them to feel cohesive. The angle of the model’s head makes this image more interesting than many waist up portraits. Then there is the lighting where the shadows really help define the face. Not the look you want in a corporate headshot most likely, but a great way to create a unique image.

With the crop tighter, brought it in closer and turned the power of the flash down. Kept the lights in mostly the same relative position just brought them in closer.

Connor was hired to do this shoot, so it wasn’t just a personal project creative session, but the model wanted him to play around with doing something creative. The rest of these images were shot in Connor’s studio.

Connor asked him to bring as many wardrobe options as you possibly could (came from LA to Denver for the shoot). This was using Savage Seamless Background Paper and makes these images different from many you see.

Key light camera right as close as it could be without being in the frame. Paul C Buff 60″ Foldable Octabox was used to modify the light. It was very close to the model, probably so close it was actually in the frame and cloned out using Photoshop. Getting the light close to the model is really key to getting shadows to look like they do in these images. The middle of the modifier was a little about the eyes again, angled down toward the model.

If buying paper is too expensive, try using a gray background and put gels on your lights to get some interesting effects. Gray works better than black or white for getting the color of your gels to show up as illustrated by the next image.

In this next image Connor was playing around with the model in various positions. Having him sit on the ground in many ways and ended up with him lying on the ground. He made sure to have the model raise his head off the ground a little so that the shadow beneath his head would be visible.

A single light here with the strobe and modifier mounted on a lights stand with a Savage C-stand holding it directly over the model (can’t turn the light in the diagram to point downward or have the model in a laying down position like it was). It is always a little scary to put a light directly over a model because they are heavy. If it was to fall off that wouldn’t be great.

The background was changed out for white instead of red and the model changed wardrobe. Connor prefers a light gray color for a background usually so that he can control how light or dark it is and get a little control over having a halo of bright light on the edges of the model but in this case it was actually white. The model was selected in Photoshop and the background removed.

A white background is better than green for detailed composite work where you plan to extract a model from the background. Green is the right answer for video and volume photography (like shooting an entire sports team or many of them), so that tools can be used to auto-extract the model, but if you want to have the very best result in a composite or for removing a background, you want white. You can see this Best Background for Composites podcast episode and blog post for more information.

Strip boxes (like the Fotodiox Pro 12x80in (30x200cm) Strip Softbox) were used to light the background. Placed at the left and right edges of the background, they are brighter than the middle, so the lights are turned up until the middle is just under fully white (blown out in the histogram).

Key light camera left was higher than other photos here because the model was jumping. The fill light behind camera was lower in position and in power. Connor’s Paul C Buff Einstein studio strobe lights were put into “action” mode so that the flash duration will be short enough to freeze the model while jumping.

Note: You don’t have to use studio strobes to accomplish this shot. You can use inexpensive flash equipment like the Godox TT600 we recommend for photographers just starting out where no action mode is needed.

As was mentioned at the top of this article, the shutter speed for this shot was 1/125 of a second. In a studio or low-light shooting situation where you are using flash to add the light for the photo, you don’t have to go faster on the shutter speed in order to freeze action. Check out this Flash Shutter Sync episode for more information.

Connor was hoping to make a viewer of this image wonder if it was black and white or color. He used Silver Effex Pro from Nik to add a copper undertone to the image and accomplish that effect in post processing on the computer.

We will pick four random contest entries as a winner of each of the first four prizes.  Everyone who shares an image in our Master Photography Photo Contest Flickr group will be entered to win.  You do have to create a Flickr account to enter, but we hope that is a little more accessible than Facebook.

Jeff: DeNoise AI from Topaz Labs ($80).  A tool every photographer who regularly shoots in low-light environments should have in the toolbox!  Just did an hour long Photo Taco episode called DeNoise AI vs Lightroom/Photoshop that includes 6,500 words in the show note and hi-res examples of 100% or 200% views of noisy photos I processed using both tools.

Connor: Obsidian Backdrops www.theobsidianstudios.com These things are absolutely stunning, My friend Jonny recently purchased one from them in which he went through the fully customized drop creation process and told me first hand how incredible these guys were to work with. I reached out to one of the owners of the company to specifically ask if there were details he wanted me to share with you all and here were some points he told me I could mention: