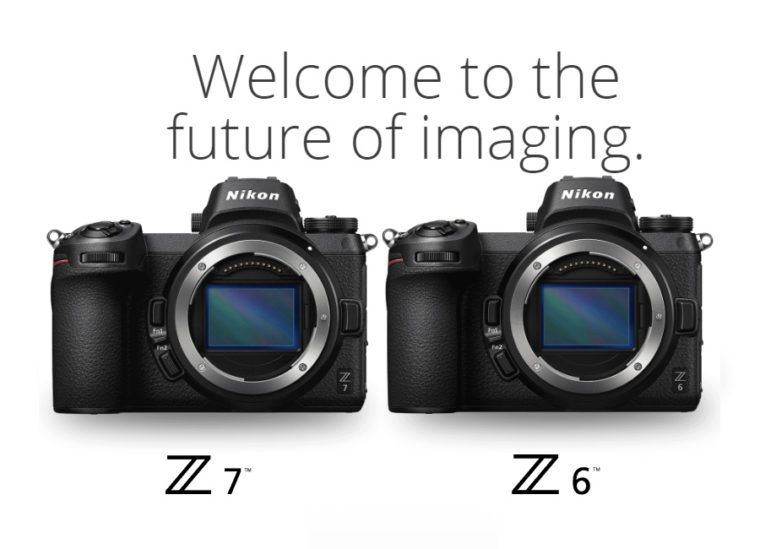 Jeff Harmon is joined by Nick Page at the round table to talk about his conversion from Canon to Sony and our combined reaction to the official announcement of Nikon’s first full frame mirrorless camera bodies.

Jeff: We are going to get into the recent official announcement from Nikon on their two new full frame mirrorless bodies, but first I want to talk about your recent conversion to mirrorless yourself Nick.  You were a long-time and fairly devoted Canon shooter, so tell me about what went into your decision to switch and what you have switched to.

Nick: The benefits of mirrorless are great, but I would say image quality is the biggest difference when coming from the canon system.  EVF’s are amazing, the video capabilities were important to me, smaller size is a bonus and does add up but image quality was the biggest bonus for sure.  The number 1 question I got when I switched… why not wait to see what Canon and Nikon release this year. My answer to that was, I was skeptical that it would be a mature system that could compete with Sony… lets see.

Jeff: So it seems like the sensor is the biggest difference.  Wouldn’t a Nikon D850 have given you that bump up in image quality too?  Why did you choose Sony over the D850?

Nick: To some degree it was just how fun it is to shoot Sony and the lead they have in the industry.  All of the incredible mirrorless features and really fun to shoot.

Jeff: Nick, let me walk through the basic specs that are now official and then let’s go over our reaction to those specs.

Here are the official specs from Nikon on the Z6:

The official specs from Nikon on the Z7 are the same as the Z6 with these differences:

Jeff: Before we go into our reactions, just to try and keep the torches and pitchforks to a minimum, I want to be absolutely clear that Nikon has an excellent product here.  I have zero doubt that stunning photos can be created with either of these bodies. I have no doubt the sensor performance is incredible because that is what Nikon has excelled at for quite some time now.  Nikon has already said that pre-order demand is so great if you order now, about a week after the official announcement they won’t be able to fill that order in the initial wave of shipments. Already back ordered.  I would absolutely love to get my hands one either of these cameras and give them a whirl.

No need to email or Facebook me and say I am a Nikon hater or even a mirrorless hater.  I currently shoot Canon based on factors that aren’t at all relevant, but I don’t hate Nikon or mirrorless.  But you aren’t listening to this podcast to get our reactions to the announcement and talk about the things we like and dislike about the cameras.

So Nick, I am so glad you could join me at the round table today to talk about this as a recent convert to mirrorless.  I have some thoughts on these specs and have waded through so many camera blogs and YouTube reviews out there who have had hands-on with pre-release versions of these new cameras, but I want to get your initial reaction to Nikon’s play here with their first full frame mirrorless cameras.

Nick:  A pro price… but who is this camera aimed at?

Going to share my reaction to these two new bodies, but first we need to thank our sponsors of this episode.

Jeff: My thoughts here are if these were released about 4 years ago this would have been an unbelievable start into mirrorless.  Nikon’s product would have been right there with all of the other mirrorless offerings and the advantage of F mount glass over competitors.  Again, no doubt these bodies are excellent cameras and I would love to get my hands on one to play with it because I expect the image quality to be astounding.  But it is 2018 and these bodies are not catching them up to Sony here. At least not on paper and based on the hands-on reviews of a pre-release version of the body.  If you are looking to get into full frame mirrorless right now Sony is the better choice unless you have a significant investment in F mount glass.

I just don’t understand why it happened this way.  Nikon had the benefit of seeing everything Sony has done over the past few years and avoid the problems those bodies have gone through.  Sony has fixed a lot of things that were pretty big challenges a few years ago and have created very compelling equipment today – enough Nick was convinced to switch because he gave it a try.  Nikon didn’t meet the mark. I expected it to meet Sony and I just don’t think they have here. A good option for Nikon users if they REALLY want to get into mirrorless, but I don’t understand why a D850, D810, or D750 owner would switch.  EVF is a game changer, but not at the expense of autofocus for sure.

Jeff: Totally free thing today.  A resource all photographers should use and support.  https://cameramemoryspeed.com.  Jeff Steinward and I did a Photo Taco episode called Memory Cards Explained back in April 2017 that you should check out, but really I want you to go over to his site and take a look at the real-world testing he has done with memory cards in the camera slots.  Not all camera slots are created equal and he has done some seriously good testing to show you which card you should buy for the card slot in your camera.