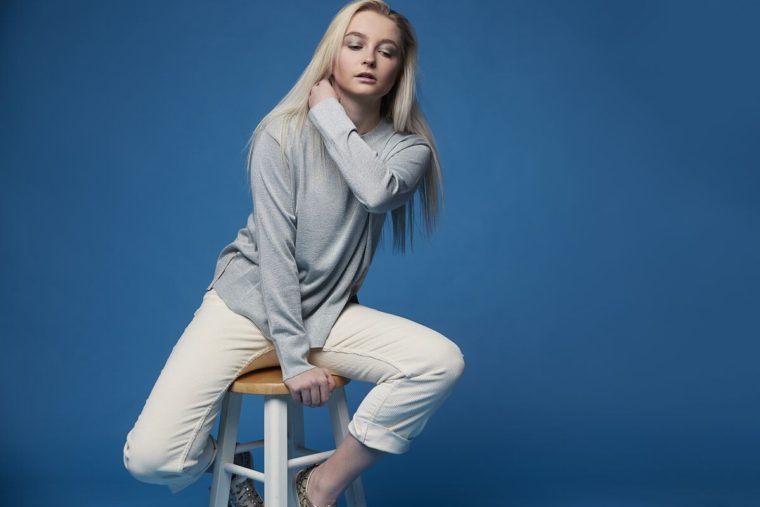 Breakdown of a Recent Portrait Shoot

Connor recently did a personal project portrait shoot, which is code for didn’t make money but got to shoot with a model who reached out to him. These kinds of shoots are really fun, especially when you have a model who knows what they are doing as far as posing is concerned. They don’t bring in money initially of course, but it can be a good way to grow your business as the model will be sharing the images to a wide audience.

Connor has worked hard in his area for many years and has established himself as one of the premiere portrait photographers in his area. Part of that hard work was posting photos to Instagram on a very frequent basis in the past. Like prior to 2019 when he only posted 9 images for the year! Part of the success of his business involved frequent posting to Instagram and putting hashtags on the photos so that potential clients in his area could find him.

That hard work in previous years paid off in the form of the model in the photos contacting him through Instagram asking if he would be interested in doing a shoot together. Not a paid shoot, a “trade for print” or TFP shoot, where the photographer gets to shoot a model who will be incredibly patient and allow more creative things to happen for a longer period of time and the model gets prints that can be used to further their modeling career.

This model reached out at the perfect time when Connor had the time to fit such a shoot in and since he hadn’t done a good creative shoot for a while he decided to accept the offer to collaborate.

Setup of the Shoot

The shoot was done in Connor’s studio. It isn’t a massive warehouse kind of space, a room that is about 30 x 20 feet or so. There is a paper backgdrop holder mounted to the wall that has black, white, and gray options but in this case the model had a vision of an icy blue background so Connor brought in his transportable backgrop holder and hung a blue paper from it for this shoot.

For all of these shots there is a single key (or primary) light in different positions as noted in the captions. Connor is shooting Paul C Buff strobes right now (he anticipates converting to Godox flash strobes in 2020) modified by a large 60″ softbox put as close to the model as he possible can without getting it into the frame.

In some cases Connor used a second light just to lighten the shadows a little, but it wasn’t much and he wouldn’t have done that if the strobes weren’t already available in the studio making it really easy to add it in.

Some shots used a light on the background, though Connor’s style is more moody and he quickly went away from that to a darker background by not lighting it and making sure the key light was not making it to there in both direction of the light and getting the model moved further away from the background.

Some trouble has been brewing in the city where Connor lives with regard to locations for photo shoots. The city decided that they were going to require photographers who want to shoot in public parks to obtain an annual permit for $500.

The trouble isn’t that the city wants to charge a location fee. In fact, both Connor and Jeff feel better when there is an established way to gain official permission to do a shoot and a nominal fee as part of the process is just fine. Pass that fee on to your clients as part of what you charge and then you can shoot freely knowing that nobody is going to hassle you about shooting.

The trouble here is that the fee is pretty steep compared with other cities nearby. Even worse, there isn’t an official way to get the permit yet there are officers enforcing the policy and forcing photographers to stop shoots because they don’t have a permit they can’t obtain.

It is all kind of a mess right now, though it looks like it will be taken care of pretty soon. You read more about the details here.

Our good friends over at fstoppers recently published a couple of articles outlining the top gear from 2019 based on sales from B&H and rentals from lensrentals.com. You can find their article for top camera bodies here and there article for top lenses here.

Interesting that there were 3 Nikon bodies and 2 Canon bodies, though we really wish that we had the information combined together with the mirrorless numbers below.

Connor is shooting a Canon 6D (Mark I) and Jeff is shooting a Canon 7D (Mark II) as well as a Canon 80D. Neither has really been compelled to upgrade for several years now. If it ain’t broke! Seriously though, photographers tend to upgrade their camera bodies far too quickly. It is like pushing the easy button because many have more money than time and/or skills and they hope that by spending the money their photography will improve.

You need only look at the images above to see that it is far more important to know what you are doing than to have the latest camera body. Connor may be forced into replacing his Canon 6D because he has put a lot of shutter count on it over the years, but he really only consider doing something if that shutter actually wears out. Even then, it will likely be a Canon 5D Mark III because the prices on them are so low.

As expected, Sony rules the roost here. Seems Canon and Nikon fanboys are trying out mirrorless but Sony is the king.

This year, LensRentals tallied up who had the biggest share of the market and compared it to last year. I’ve included the top five here, but you can find the full list on their site.

Not a full statement on market share here as this is the rental space and that isn’t exactly the same thing as the market overall. There are a lot of photographers who buy cameras and never rent.

Love that Sigma made the list here. Both Sigma and Tamron are absolutely killing it with the lenses they are making and with them being priced so much more reasonably there really isn’t a reason not to go there.